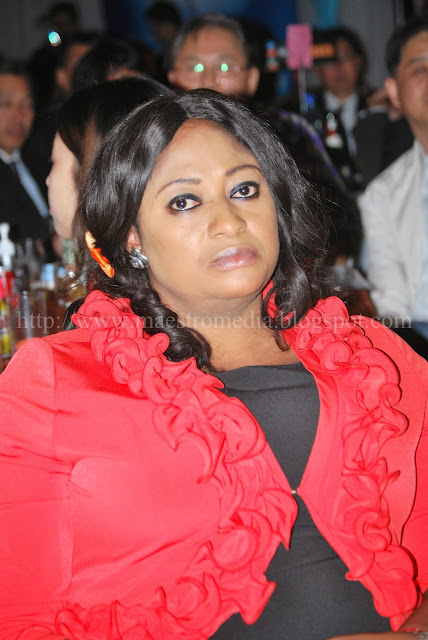 Popular Yoruba actress Ronke Ojo has become a household name since he joined Nollywood over 17 years ago.

The mother of two got the title Oshodi Oke after starring in a movie titled ‘Oshodi Oke’ a while back.

The Ondo-born Nollywood star has movies like Omo Mummy, Lagos Girl I & II, Okun Ife I & II, Gbajumo, Ife Lakoja Ofin I & II and Igbese Kan to her credit because of her incomparable acting prowess.

According to NaijaGists.com sources, Ronke’s mother was a teacher and her late dad was an educationist and a Masters Degree holder.

Ronke Ojo attended Yemus Nursery and Primary School in Agege before her parents moved to Oworonshoki area of Lagos where she continued at Model Nursery & primary School.

But later on, she tried to proceed but her family’s financial situation changed for the worse.

As at now, Ronke Ojo’s financial situation has changed. She is married to a Nigerian-American who is well to do but her motherhood commitment has made it uneasy for her to return to school.