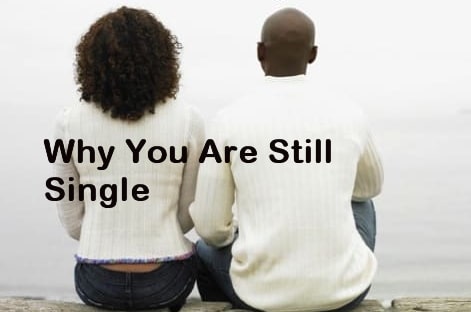 So I asked her, “Do you like him? She responded – “Yeah I do. In fact, I really love him. He is my dream-man. He is cute, responsible, focused, caring, very intelligent and he is also a man of vision. But, he doesn’t have a car!”

“What exactly do you want, a car or husband?” I asked. She’s yet to reply me till this moment.

The above is an encounter between a female friend and I some months past. It’s amazing how a lot of ladies don’t know what they really want. They are yet to give a definite answer to what they actually want between a car and husband or between a bank (money) and husband.

You disturb God with your prayers on a daily basis, saying you want to settle down. But when the guy shows up, you say he is not what you want. You’ve set high-standards for yourself such that the Angels God are asking to come deliver the man to you are already telling Him (God), that, you won’t accept, because your standards are too high.

Setting of standard is fantastic. I do too. However, when standards are above board, it could be dangerous. Most times, greatness comes in small forms. You may not have the total package at once. But at least, start small.

Stop behaving like some of our Lagos employers who would place job advert for a position expected to be occupied by a graduate who is not more than 26 years old but with 17 years working experience, with a professional course as an added advantage. Wow!

Stop raising your standards beyond normal. Have pity on our young-brothers, most of us are struggling. We may not have the cash now, but we surely have the dream that will produce cash and cars in the nearest future. Stop comparing us with some Hmmm Hmmmm. We are the real G.

We need wife-materials. We sincerely desire to settle down too, but the qualifications you are placing before us are just too high for us to meet. Why not accept us and let’s grow together. Together, we can make things work. Guys, am I communicating?

A popular public figure just celebrated his 20th year wedding anniversary. While giving accolades to his wife, who has stood by him all these years, he made mentioned of some stuff that really struck me. He said he got married to his wife while living in one room. The foam/bed was on the floor, no chair. Furthermore, he said because of the population of the occupants in the compound, the wife would usually go to her parent’s house to take her bath.

Today, this couple are not only great, they have affected many lives positively. Also, they have many in their employment. I am talking about Mr. Fela Durotoye (a presidential candidate) and Mrs. Tara Durotoye (CEO, House of Tara).

Do we still have women like this today? People who can build with a man? If yes, please signify by raising your hand; let me include your name in the great-women’s-list.

However, this is not an excuse for guys to be lazy. A responsible lady will not want to settle down with a lazy man. Marriage isn’t for boys, it is for men. You’ve got to be up and doing. Be neat as much as possible. Tidy your environment; wash your boxers – sir, even if they are just two sets. Wash your socks, look neat. Don’t let your undies be smelling like soured soup. Such that when you pull off here, we’ll all remember the hymn: “I see the stars, I hear the rolling thunder……… Then sing my soul.”

Some of our ladies want to settle down too. They aren’t after money either. All they want are responsible man.

As many who are still single, desiring to settle down, don’t worry, I will get your wedding I.V. soon. Have a great week

Continue Reading
You may also like...
Related Topics:fearing, God, husband

I Cheated On My Husband And He Won’t Forgive Or Take Me Back: What Should I Do
Why Ooni Of Ife’s New Marriage To Olori Naomi May Soon Crash – Palace Insider