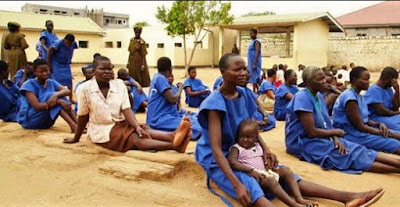 According to Nasarawa Police Commissioner Abubakar Sadiq Bello, the suspect identified as Asabe Bawa reportedly strangled her own daughter in Gunduma axis of Karu LGA of the state on the 16th of September and dumped her body in a river in the area.

The 25-year-old suspect was among the 19 criminals paraded in Nasarawa today.

Her daughter Esther Andrew was 1 year and 3 months at the time she strangled her.