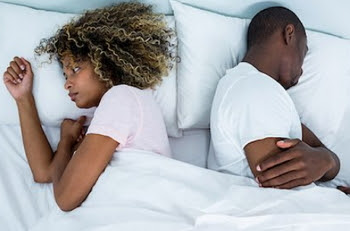 A woman identified as Halima Usman today approached a Sharia Court in Minna, seeking dissolution of her marriage to Suleiman Mohammed, because of the latter’s alleged indifference to their childlessness, over two years of getting married.

The housewife told the court that her husband was not worried about the childlessness.

She told the court that due to her husband’s attitude on the issue, she no longer loves her.

“I do not love and adore my husband any longer.

“We have been married for two years plus without a child, and he is not worried or doing anything about it at all.

“That is why I am asking this court to end our marriage,” she said.

The petitioner also alleged that her husband was secretly making plans to marry another wife.

Mohammed, however, denied his wife’s claims, saying he still loves her and would not want them to go separate ways.

He prayed the court to give him more time to prevail on his wife to remain with him.

The judge, Ahmed Bima, advised the couple to give peace a chance.

Bima reminded the couple that only God gives children.

The judge adjourned the matter until April 18 for both parties to resolve their differences.

Continue Reading
You may also like...
Related Topics:divorce, husband, wife