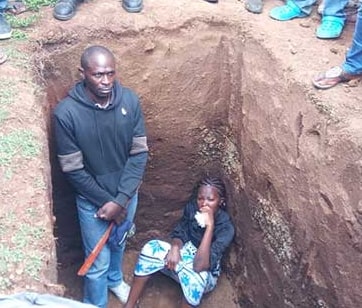 Chaos struck yesterday when two groups clashed at a cemetery in Wanyororo area of Bahati, Makuru, Kenya during the burial of a 33-year-old man, Edward Mwangi who was murdered on the 3rd day of this month.

The family members of the deceased who were not satisfied by the way police released the murder suspect jumped into his grave to prevent his burial.

According to the bereaved ones, their brother was stabbed 8 times on the 3rd of December 2018 in a farm.

The suspect who later surrendered himself to police presented the knife he allegedly used in killing the deceased.

Upon arrest, the family of the victim claimed they were not issued with any OB number at the Bahati Police Station and that the suspect was released the same day.

Three of them jumped into the grave of the deceased while demanding an explanation into why the suspect was released without prosecution.

“We will not allow the funeral to take place until we get an explanation why the main suspect was released,” said Ms Mary Wangari, the dead man’s wife.

Attempts by mourners to persuade the three to leave the grave did not bear fruits as they continued to pitch camp in and around the grave disrupting the arrangements for the day. Their resistance made the father of the deceased man who they accused of taking sides with the suspect lost cool and ordered other relatives to whisk the two out of the grave.

After few hours of delay, the deceased was finally laid to rest at 2pm on Thursday. 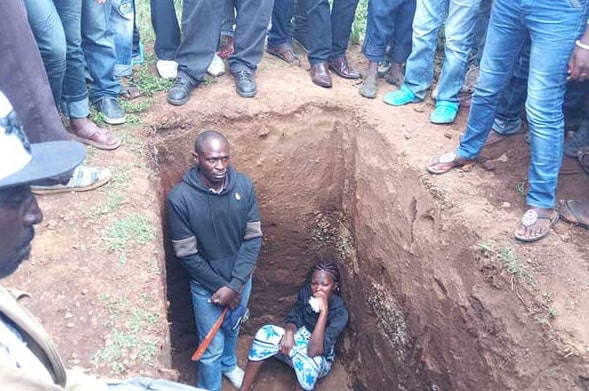 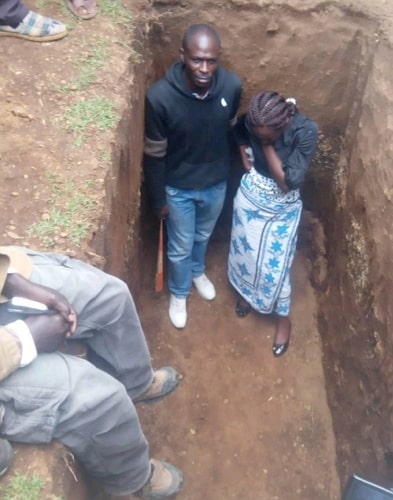