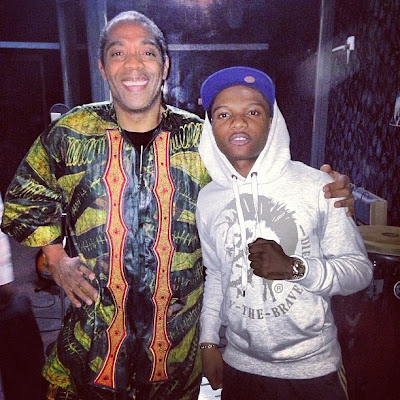 Singer Ayo Balogun aka Wizkid is now on a new level.

The popular star boy is set to collaborate with Femi Kuti in a new single titled Jaiye Jaiye.

Wizkid revealed this on his Instagram page few hours ago.

In the update, he said ‘Jaiye Jaiye ft the legendary Femi Kuti done!!‘

Femi Kuti replied him with ‘my pleasure, BIG HUG‘.

Star boy has definitely moved to a new level since he started his own record label, Star Boy Entertainment.