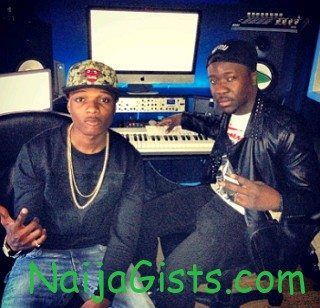 In an attempt to get Wizkid back to EME record label, sources said Banky W contacted Wizkid’s mother to speak to her son but the star boy had already made up his mind to be on his own.

Star Boy Entertainment‘s first record “Azonto” will released on the 15th of February, 2013, a day after valentine’s day.

The father of one is now a fully grown man. He also said Star Boy Entertainment will take care of his other businesses like his clothing line, Star Boy Clothing, Star Boy Cap, Star Boy Shoes.

Wizkid‘s recording company will also take care of the grooming and management of upcoming artists as Star Boy Management.