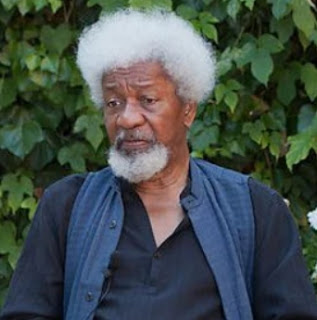 Nov 5, 2017  –“I’ll Travel To US As An Alien From Outer Space” – Says Soyinka As He Returns To US After Dropping Green Card

Highly respected playwright Wole Soyinka who had last year torn his US Green Card is set to return to the country to lecture.

In an interview published in Financial Times of London last week, the nobel laureate said:

“I’ll go in as an alien, an alien from outer space. I love that designation,” The lectures will be in three parts, under the theme: ‘BEYOND AESTHETICS: Use, Abuse and Dissonance in African Art Traditions’.

The first part, The Acquisitive Eye: ‘Oga, I swear its Original Fake’ will be delivered on November14.

‘Heirs to the Procreative Deities – the Yoruba at Large’. will be delivered on Nov 15

The talks end on Thursday November 16 with the third lecture: From Aso Ebi to NYWOOD.”

Continue Reading
You may also like...
Related Topics:alien, us, wole soyinka