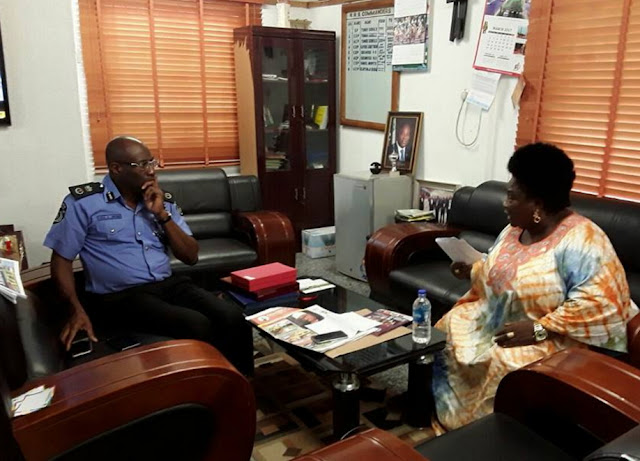 Rapid Response Squad operatives of the Lagos state Police Command this morning prevented yet another woman from committing suicide by leaping into the Lagoon.

One Mrs. Abigael Ogunyinka had also been rescued earlier by fishermen in Lagos Lagoon Friday morning,

The second lady, Taiwo Momoh, 58, a textile dealer in Lagos Island, had reportedly put off her shoes and was wrapping her dress around her when men of RRS men prevented her from jumping.

The lady, who lives in Lekki Lagos, disclosed to RSS officials that she was pushed to committing suicide in order to put an end to her constant sleeplessness and shame occasioned by her indebtedness to three Swiss textile dealers.

She said her problem started sometimes in 2015, when a Bureau De Change dealer carted away her N18.7 million she wanted to change to pay her foreign creditors.

“As you are seeing me like this, well dressed, you would think am living fine. But in my heart is a heavy burden. A burden of huge debt, disappointment from trusting people and abandoned by a son I love and bought a car for. I am a moving corpse,” Momoh stated.