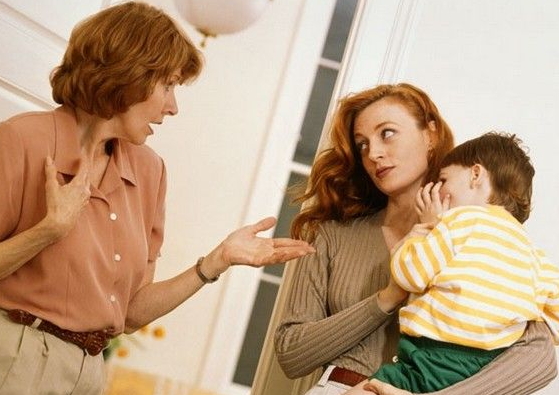 An housewife identified as Fati Mohammed today appeared before a Minna Magistrates’ Court, charged with calling her former mother-in-law, Fati Aliyu, a witch.

The accused was arraigned in court following a direct criminal complaint filed by Aliyu.

Aliyu alleged that Mohammed called her a witch after demanding that she returned the five-year-old child she had for her former husband to her.

According to the boy’s grandmother, the child had been on vacation with his mother.

But when she requested her to return him after the holiday, the mother called her a witch.

She prayed the court to order the accused to pay her N2million in damages for defamation as well as order her to return her grandson who was put under her care.

The accused, however, denied the charge preferred against her by the complainant.

The presiding judge, Hassan Mohammed, advised the parties to give peace a chance and settle their differences amicably.

Justice Hassan adjourned the case till Aug. 31 for further mention.

Happily Unmarried Couple, Oprah Winfrey & Stedman Graham Reveal Why They Are Not Married
Woman Who Married Two Husbands In Ibadan To Satisfy Self Divorces One