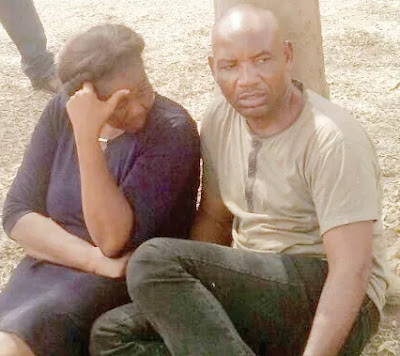 20-year-old Ewere Samuel delivered the baby girl while she was working as Ojei’s housemaid in Aba Abia state back in January but because she couldn’t identify the father of her baby, she agreed to sell the baby to avoid keeping a ‘bastard’ child.

The baby was sold late last month to a woman simply identified as widow.

Ngozi Ojei’s husband, 50-year-old Edwin Ojei of #22 MCC Osisioma Ngwa Abia who was paraded alongside his wife said he only came home for burial when police arrested him.