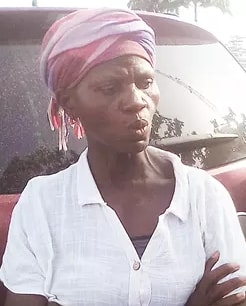 Mrs Vera Henry, a 44-year-old woman, has been arrested by policemen attached to the Lagos State Police Command after she allegedly lured two children with biscuits and money at the Yaba area of the metropolis and abducted them.

Henry, who lured the two children, from different parents with biscuits and money, before abducting them, was caught while attempting to run.

The children are Mukaila Ya’u 10-year-old and Mariam Jubril two-year-old. The suspect would have disappeared with the children, but for the quick thinking of the Divisional Police Officer (DPO) in charge of Sabo Police Station, a Chief Superintendent of Police (CSP), Mrs. Mary Ubangha.

The DPO was on patrol duty, along Herbert Macaulay Way, when she spotted the two children with the suspect and immediately had a hunch that something was wrong.

The Lagos State Commissioner of Police, Edgal Imohimi, explained that when the suspect realised Ubangha was watching her, she became fidgety, looking worried and confused. Imohimi said:

“Immediately the suspect noticed that the DPO was trailing her, she suddenly diverted into Saint Dominic Catholic Church, Yaba. After which the DPO followed, but quickly warned security men at the church to keep an eye on the suspect.

The DPO further warned the security men to ensure the woman didn’t elude them.” One of the security men, attached to the church, working on the instructions of the DPO, arrested the woman with the two children.

The guard brought them before the DPO. During interrogation, the suspect insisted that she lived at No, 6, Akanni Street, Somolu. When she was further questioned, police discovered she was not the biological mother of the children. 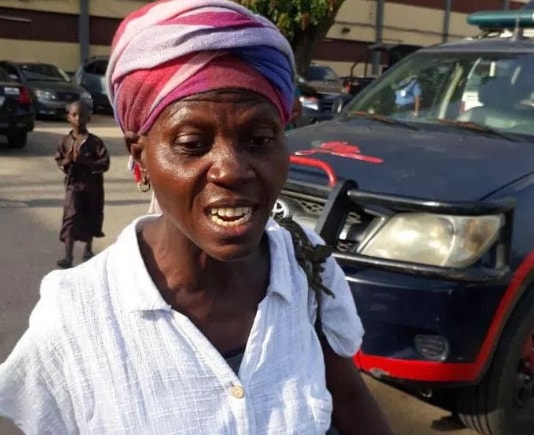 The suspect claimed to have abducted the two-year-old girl because she lost her own daughter some years ago. She said that her lost daughter was 20-year-old, but that seers told her that when she eventually finds her daughter, she would be in the body of a two-year-old girl. Thus, the girl she abducted was her missing daughter. When Henry was taken to the police station, the children’s biological parents were contacted.

The father of the 10-year-old boy, Mr. Mukaila Amidu, said that he sent his son on errand, and as the boy was going, the girl accompanied him. Imohimi said: “It was when the children were going on the errand that the suspect lured them with biscuits.” Henry, who was presented to journalists, refused to speak and pretended to be mentally unbalanced.

Lagos Bishop Arrested Over Rape Of Girl Curses Self As He Continues To Deny Allegation
Photos: Young Boy On Boko Haram Suicide Mission Arrested In Adamawa