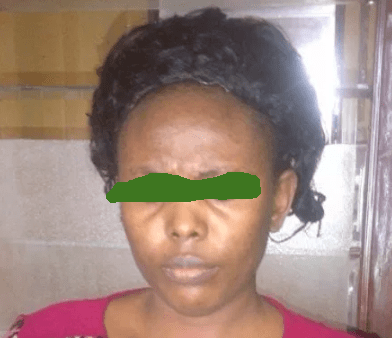 Enugu State Police Command on Saturday said it has arrested a woman said to be 30 years old for allegedly killing her daughter.

The suspect identified as Ijeoma Nnaji, a native of Amankanu Amuri in Nkanu West Local Government Area was alleged to have killed her child, Chiemerie Nnaji who was a year and five months old on Thursday, May 30, 2019, for yet to be identified reasons.

A statement by the Police Public Relations Officer, Ebere Amaraizu, a Superintendent of police, said that the State Commissioner of Police, Sulaiman Balarabe has directed operatives of the State Criminal Investigations Department to do a thorough investigation into the matter to unravel the reason behind the alleged murder of the child.

According to Amaraizu, “A woman identified as Ijeoma Nnaji was said to have killed her daughter identified as one Chiemerie Nnaji of about one year and five months over yet to be established reasons.

“It was however gathered that the body of the dead child is now deposited at Agbani morgue.

“Meanwhile, the State Commissioner of Police, Sulaiman Balarabe has ordered a full-scale- investigation into the incident which has commenced by the operatives of the State Criminal Investigations Department.

“However, suspect is already helping in the police in its investigation,” PPRO said.