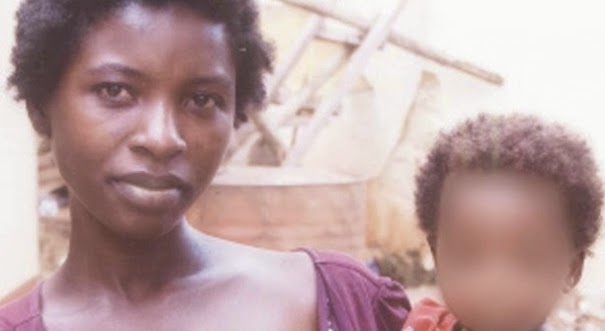 Oct 26, 2014 – Nigerian Woman Who Killed Husband In His Sleep In Ebonyi State Confesses In Police Detention

Ebonyi state is gradually becoming Nigeria’s most violent state followed by the troubled Northern part of the country.

A woman identified as Blessing Onyibe Nwogbagami recently took law into her hands when she hacked her troublesome husband, Onwe Nwogbagami to death in his sleep after a quarrel.

25-year-old Blessing, a mother of one said her husband is fond of threatening to hack her to death each time they quarrel.

Read her confession below:

“Then I said to myself before my husband will kill me, let me kill him first. While he was asleep I went to where he kept his cutlass and killed him. Then I ran to my husband’s village at Ntezi Nkaliki and told the kins­men that I killed my husband.”

She was taken to a nearby police station and placed in detention after making the bone chilling murder confession.

Her daughter has been handed over to the Social Welfare Department of Ebonyi State for care.