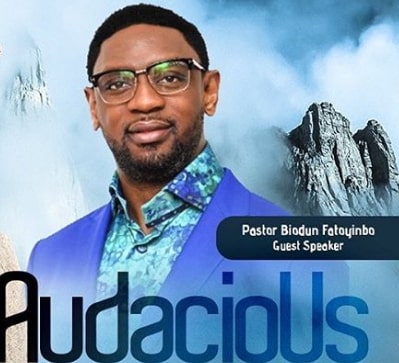 Revend Biodun Fatoyinbo: A Chronic Womaniser Or A Biblical Samson Who Fell Into Adultery

The founder of COZA church Abuja, Pastor Biodun Fatoyinbo’s life is what many will wish for. Of course, minus the multiple allegations of inappropriate relationships with women, writes ROBERT EGBE

HIS conducts paint the picture of a man who loves and cherishes his wife and will not disrespect women. Or how do you describe a man who for a second time exchanged marital vow with his wife and mother of his children?

But, for Mrs Busola Dakolo and Mrs Ese Walter Ark, Commonwealth of Zion Assembly (COZA) Pastor Biodun Fatoyinbo was only acting when he and his wife Modele renewed their marital vows.

Fatoyinbo has a standard of living not a few would kill for: a handsome face, money in the bank, a loving wife, three beautiful children and a thriving, devoted church. It is difficult associating the COZA pastor with any act of getting cozy with anyone other than Modele.

But, as with many rich, good-looking men, some women and a girl he crossed paths within the 20 years since he founded COZA have brought him the most misery and scandals.

Mrs Dakolo and Mrs Walter Ark are two of the women who have accused Fatoyinbo of having sex with them. There is a third woman identified simply as Franca and another woman, who has chosen to remain anonymous.

Mrs Walter Ark was the first to accuse Fatoyinbo. That was six years ago. According to her, after about 11 months of attending the church, Fatoyinbo sent for her. 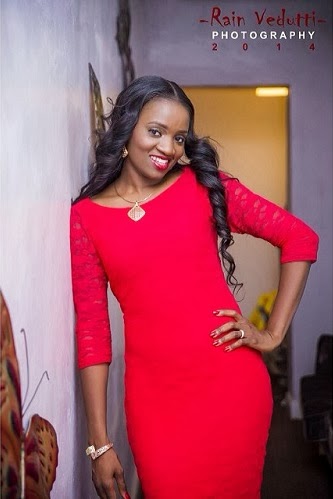 “I saw him at the end of the second service (they had two services at the time) and he said to me that he would like me to work with him. I knew I had no intentions of becoming a pastor so I had to ask in what capacity. He said he’d like for me to join a department, preferably the Pastoral Care Unit (PCU),” she said.

She left for further studies in London not long after. She was still in touch with Fatoyinbo, who on a visit to London asked to see her.

“When I arrived at his hotel, I called from the reception but he asked that I come upstairs. After a few minutes, he asked that we go to the roof of the hotel as his room was a pent suite and had a connecting door to the roof. While there, he sat on a reclining chair and asked me to come to sit on his laps.

“He asked me to kiss him and all I could think about was seeing him preach on the pulpit back in COZA Abuja, Nigeria, which was my home church. He again said ‘feel free Ese.’ And asked again, that I kiss him.

“A few hours later, let’s just say, we were rolling under the sheets. It felt as though my mind had paused. I am not saying I was jazzed, (although it’s possible I was in some trancelike state and didn’t know it but I just was so afraid that I couldn’t say or think otherwise.) That was the beginning of this affair. An intimate affair that went on for a little over a week, daily,” she said.

When she returned home after her studies, COZA became uncomfortable for her, especially seeing Fatoyinbo preach. She quit the church. Afterwards, she said Fatoyinbo dismissed her guilt, saying: “I will teach you a level of grace that you don’t understand.”

According to her, he impressed upon her the “Touch not my anointed” doctrine to keep the affair from becoming public knowledge.”

Fatoyinbo denied Mrs Walter Ark’s claim, which she has also documented in a book. Fatoyinbo mounted the pulpit on a Sunday morning and said: “…I am sure you have read a lot about me on Twitter and social networks. You can’t imagine how many people have called me…everyone is telling me, don’t talk, that is the painful part but because I am your pastor and I don’t like to take you for granted, I still want to bend it a little bit to talk about it. Even up until this morning, calls from everywhere, even when I switch off my phone, they call my associates, tell him to ignore it, he should just move on. Some have been to our land and they are like wow, we understand.”

The church erupted into clapping and shouting.

He continued: “Now read my lips, I know there are people here that are not part of our church, read my lips, we are going to speak but we are consulting to come out with a robust reply. Before then I will not say anything, but I owe it to you as members that have made me proud and have made God proud”.

Six years on, that robust reply has not come. Walters’ story was straightforward.

Barely 48 hours after Mrs Walter Ark’s story, a former female member identified only as Franca, also claimed she had a near-sexual encounter with the pastor in a hotel in Lagos.

Franca claimed the pastor, under the pretext of doing some computer-based work for him, lured her into Wheatbaker Hotel, Lagos.

According to Franca, when she resisted his advances, he rebuked her for acting like a “small illiterate uneducated girl.”

She claimed that to convince her to sleep with him, the cleric cast aspersions on his wife and that he only left after she threatened to accuse him of rape.

Franca even claimed she had recordings and pictures taken from the hotel as proof of the encounter and threatened to publish it if the Pastor denied the incident.

Franca was lucky. Unlike Mrs Walter Ark, Mrs Dakolo did not have an affair. She is alleging rape against the man of God. He and his wife have denied the allegation and she appears the greatest threat to Fatoyinbo’s religious credentials so far.

In an interview published by YNaija in June, Mrs Dakolo alleged she was assaulted twice within a space of one week by Mr Dakolo while she worshipped as a member of his church. 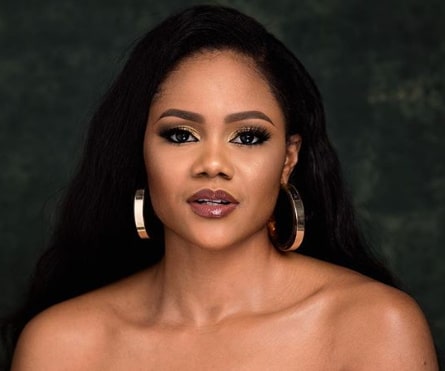 Mrs Dakolo alleged that the pastor raped her for the first time at her parents’ home and at another time in a secluded road path. She said the incidents occurred before she turned 18 and added that she was deflowered by him.

And like Mrs Walter Ark claimed, Busola also said Fatoyinbo’s reputation as a man of God is a façade.

On Monday, a High Court of the Federal Capital Territory (FCT) in Abuja summoned Fatoyinbo to appear before it within 14 days to answer to the rape allegation levelled against him by Mrs Dakolo.

In her application, Mrs Dakolo said the incident caused her untold emotional stress. She listed another influential Nigerian pastor, Matthew Ashimolowo, as one of her witnesses.

Fatoyinbo, in August, also faced questioning by the police at the Force Criminal Investigation Department, Abuja, where he was grilled by a team of detectives led by Assistant Commissioner of Police, Adaku Anya.

Fatoyinbo is famed for a flashy lifestyle and a cleric who is not shy to flaunt his wealth. His taste for the good things of life has earned him the “Gucci Pastor” nickname. He is also described by some as a great singer and man of great religious depth.

But, who, exactly, is the Reverend Fatoyinbo? A chronic womaniser who hides behind the pulpit to devour his flock? Or a truly genuine man of God who, like the biblical Samson, has fallen victim to the wiles of women?.

Although he is facing his greatest challenges from women, it is also in a woman that he has found the greatest strength and solace: his wife Modele.

“Babe, we walked the streets of Ilorin together looking for people to preach the gospel to. We didn’t have any car, I had just one trouser, we didn’t have technology or finance to increase our reach, there were holes in your shoes…

“We had to do it one person per time….We haven’t lost that same passion and we never will! We are ever committed to winning souls for Christ!

That was an Instagram post by Biodun Fatoyinbo (@biodunfatoyinbo) on Dec 11, 2017 at 3:48 am. Modele has insisted her husband could not have raped anybody. She said he did not do such as a non-believer and would not do it as a believer.

Is she standing by him because she truly believes in his innocence? Or is she, like Hillary, wife of former United States President Bill Clinton, merely putting up a public face as of loyalty as part of her duties as his wife?

Well, only time will time.

Why Do Some South Africans Fear Foreigners?
Where Is Nigerian Prophetess & Rev Mother Esther Ajayi? Did She Flee London For Fear Of Arrest?