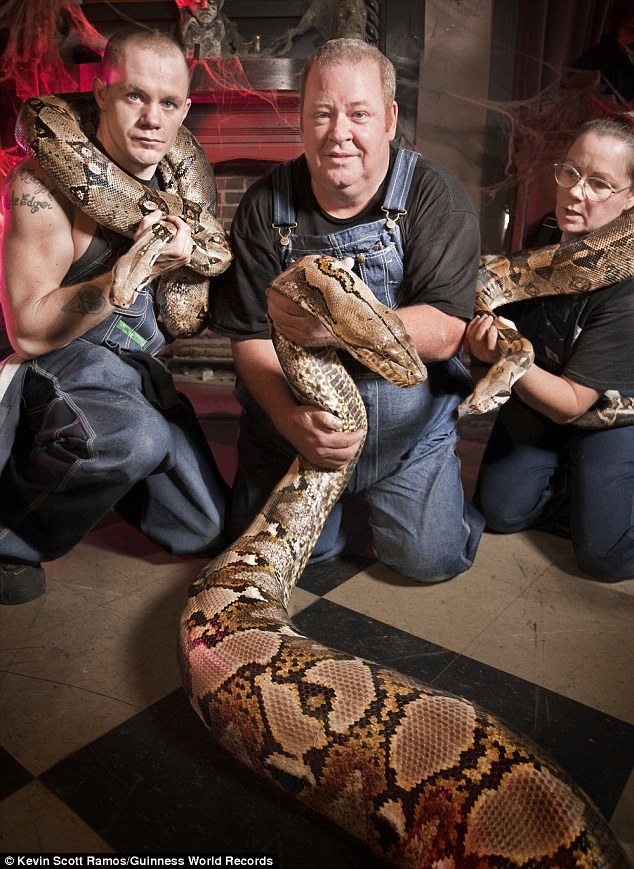 Pictured above is World’s longest snake for 2013 named Medusa. naijagists.com

Python Snake Medusa has been kept in captivity at a haunted house (Edge Of Hell) in Kansas city for attraction.

Medusa is 300lbs and 25ft long. The giant snake eats an average of 40lb animal per week.

He mainly feast on a combination of deer, hogs, rabbits every 2 weeks.

Python Medusa has made history when Guinness Book Of World Records verified her as the World’s longest snake for their upcoming 2013 edition. 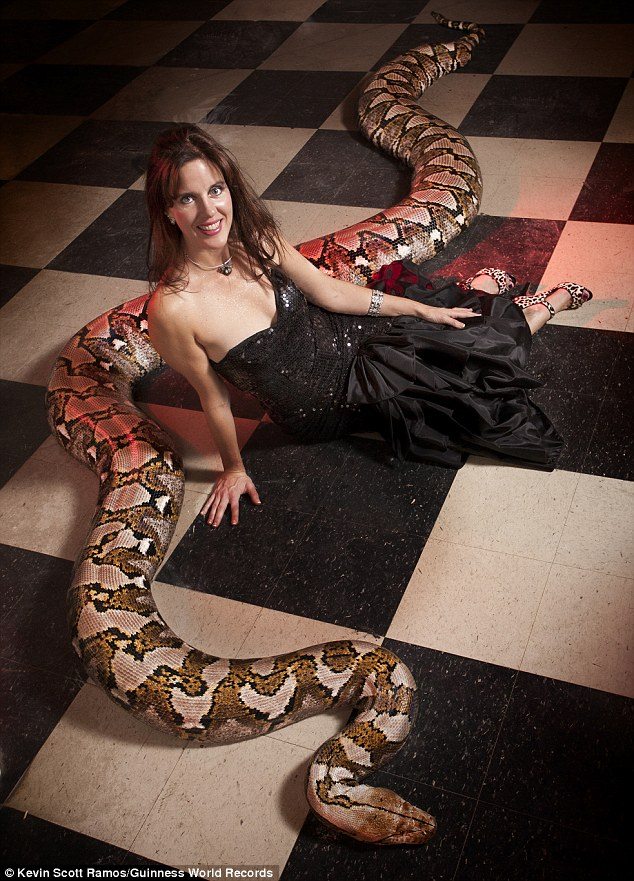 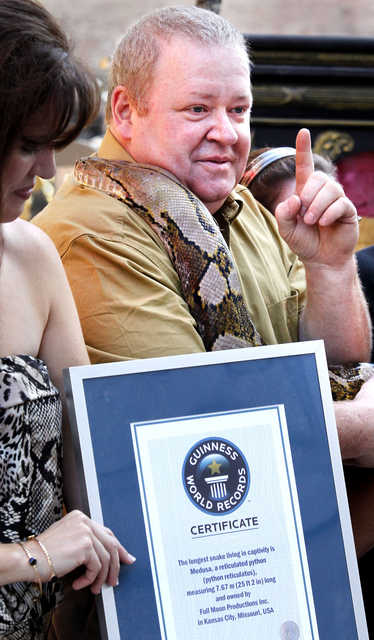 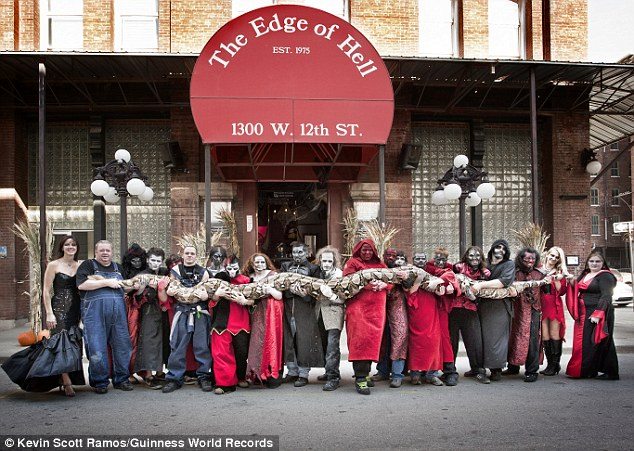