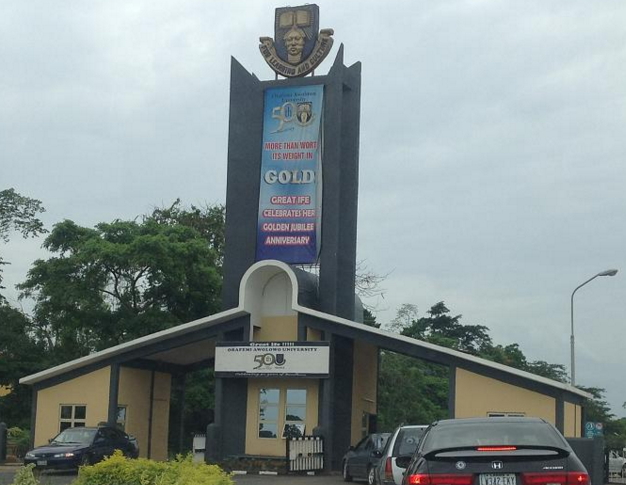 Omodele was alleged to have collected a total sum of N600, 000 from these parents, with assurance that he would provide their children with admission letters. He didn’t fulfill his promises. He was arrested by the institution’s security men.

The police also accused Omodele of trying to collect an additional N100, 000 from the same parents before nemesis caught with him. The institution’s Public Relations Officer, Mr. Biodun Olanrewaju, confirmed the story.

He said that the suspect will face the full wrath of the law. Olarewaju charged parents and guardians of candidates seeking admissions into the school to be wary of fraudsters, who parade themselves as ‘admission officers.’

He added: “Omodele claimed to be the admission officer of the university. He was arrested by the security operatives of the university after he had collected over N600, 000 from the two parents seeking admission into OAU for their children.

Omodele’s attempt to collect additional N100, 000 from his two victims eventually led to his arrest. We do not ask parents, guardians or candidates to pay for admission, nor do we ask them to pay into individuals’ bank account to secure admission.