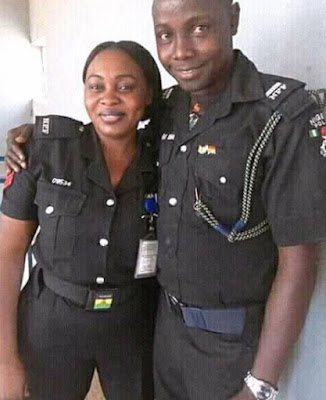 Meet a popular police inspector in Yola Adamawa state who died alongside his sergeant wife, Grace, their daughter and a family member in a suspicious house fire yesterday.

Inspector Bobbo as he is popularly called and 3 others were burnt to death when fire broke out at the Karewa Police Barracks in Yola in the wee hours of Wednesday the 17th January 2018.

The incident which occurred at room 2 of Block 36 didn’t affect the adjoining blocks although the inferno took firefighters about 3 hours to put out.

One of the survivors of the mystery fire is currently on life support at FMC Yola.