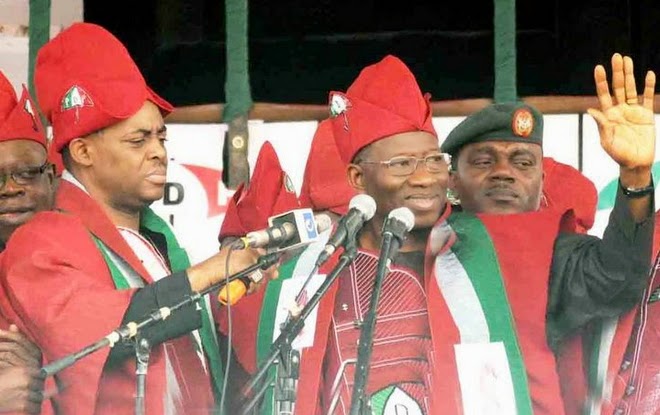 A source said that the Muslim leaders, who pointedly told Jonathan to keep his dollars, rejected the invitation because such a meeting with the President could polarise and create disunity among Muslims across geopolitical divide.

Professor Ishaq Akintola, Director, Muslim Rights Concern (MURIC) wondered why it is now that the President, who never sent invitation to meet them before, is now eager to meet Muslims a few weeks to election.

Akintola said President Jonathan has always ignored the plea of Muslims for fairness and justice in appointments to top political positions.

President Jonathan has been meeting with various ethno-religious leaders and socio-cultural groups in the southwest to solicit their support for his re-election.

During such meetings dubbed ‘dollar fest’ by a section of the social media, Jonathan allegedly dolled out thousands of dollars which run into billions of naira to the invitees.