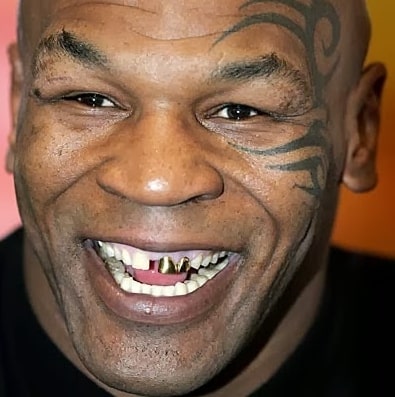 Mike Tyson: You Can Be A Genius In Your Career But A Financial Imbecile!

Hear this: You can be an academic genius but a financial imbecile! You can be a graduate and still be financially illiterate. Likewise, you can be uneducated and employ graduates because of your great financial skills. Academic qualification is different from financial sense. I have seen a man working as a personal driver building his own house while his boss was still living in a rented apartment. This explains why we have more ‘illiterates’ as landlords and graduates as tenants! Your financial future will put a great demand on your financial intelligence.

Your financial habits, and not necessarily your degrees and certificate, will determine whether you will be rich or perpetually poor.

Many graduates don’t have financial freedom because they were never taught in school. Financial freedom is when you no longer work for money, but your money is working for you.

The cure for poverty begins with financial skills and literacy. Many graduates are living under financial bondage because they depend on their employer or the government for their financial future.

You cannot solve money problems with money. You can only solve money problems with financial education. Your investment edge will always set you apart among your colleagues. Most of our youths lack financial intelligence and money management skills. Money management is based on a mindset that dictates that money should be used in a way that yields the highest value possible for any amount spent.

As a youth, you need the right money mindset. Your relationship with money matters a lot. The major difference between the poor and the rich is their mindset towards money. Your approach to money determines whether you will maintain or multiply it. The poor see money only as a tool for purchasing while the rich see money as a tool for investment. When you give a poor man more money, his ‘Purchasing Power’ will increase, but when you give a rich man more money, his ‘Investment Power’ will increase. The rich has ‘investment edge’ while the poor has ‘consumer edge’! You need knowledge and skills that will empower you to make informed financial and investment decisions.

Destiny decays when financial discipline declines! One of the most frightening human being ever to step into the boxing ring, Mike Tyson was the model of the supreme gladiator-unbeaten and unbeatable. Mike won brutal victories against his opponents; a man with ferocious and fierce punches that normally sent opponent into hypnotic trances and bouts of hallucination. Never before had one individual captured the attention of the wider world via sport except Muhammad Ali. From 1987-1990, he was the undisputed world heavyweight champion conducting a reign of terror in the prize-fighting ring and earning millions of dollars while doing it. He unleashed terror upon his opponents in a way that was unprecedented in boxing history. Mike Tyson bestrode the boxing domain like a hungry lion, devouring even opponents that were thought to be unbeatable. His uncanny ability to level his opponents in only one round earned him the nickname “Iron Mike”.

No man can stand against the beast of Brownsville and hope to survive. During this period, Iron Mike Tyson earned over $400 million dollars over his legendary career and seemed invincible. Mike Tyson’s financial collapse was as ferocious as his style of boxing. After becoming the youngest heavyweight champion ever at just 20 years old in 1986, Tyson was sent to prison for three years following a 1992 rape conviction and later went to jail for cocaine problems. But in less than 10 years, he squandered his fortune, went into debt, and degenerated both physically and emotionally.

Though his life was amazing in the ring, his pathetic and catastrophic ‘grace to grass’ story in sporting history was also pitiable and unprecedented. Tyson learnt a critical life lesson later in life: winning is not about knocking opponents out in the ring but rather knocking out habits and attitudes that are bound to wreck us in life. His untamed taste for women and luxury coupled with his dearth of financial intelligence spiraled down his fame to a level that seems irredeemable.

When Tyson filed for bankruptcy in 2003 after years of financial struggles, exorbitant spending, multiple trials and bad investments, he reportedly had $23 million in debt. It was a stunning admission given his blockbuster career. Looking back on it, Tyson admits he squandered his fortune on jewelry, prostitutes, mansions and cars.

Like most stars and celebrities do, Mike Tyson went on a spending spree and started living a destructive lifestyle. He spent $4.5 million on cars and motorcycles. He owed some 110 cars which include a Rolls Royce, multiple Bentleys, Ferraris and Lamborghinis, a Range rover and Mercedes Benz 500. He lavishly spend $11.2 million on clothes, jewelries and personal expenses. He spent close to $1.7 million on acquiring, training and feeding his white Bengal tigers. He bought a $2 million worth golden bathtub for his first wife, actress Robin Givens and at one time spent $410,000 on a birthday party. He spent $230,000 on cellphones and pagers. He bought homes in Ohio, Maryland and Connecticut

The faster the money came in, the faster it went out. Tyson employed as many as 200 people including bodyguards, chauffeurs, chefs and gardeners. His marriage to Givens was violent, turbulent and tainted with series of abuse. The eventual divorce settlement set him back by a whopping $9 million dollars!

In an attempt to pay off his debts, Tyson sold his upscale mansion in Farmington, Connecticut, to rapper 50cent for a little more than $4 million. He crashed on friends’ couches and slept in shelters until he became a social ‘fugitive’ through his unruly and unbridled life. In an interview with USA Today published on June 3, 2005, Tyson said, “My whole life has been a waste, I’ve been a failure”.

Today at the age of 53, the more humbled and grounded Mike Tyson, seems to have learnt his lessons albeit late. Mike Tyson learnt a bitter lesson very late in life: what you mismanage, you lose!

There are bitter life lessons to learn from the legendary Mike Tyson. His lack of financial literacy made many people to take advantage of him.

He was spending his money on liabilities instead of assets. It is important that every youth should study the life of Mike Tyson to avoid such tragic mistakes. Jim Rohn once said, “We must all suffer one of two things: the pain of discipline or the pain of regret.”

Financial peace isn’t the acquisition of stuff. It is learning to live on less than you make, so you can give money back and have money to invest. Warren Buffet said, “If you buy things you don’t need, you’ll soon sell things you need”. I want to advise youths to always adopt a long-term perspective instead of short-term gratification. Financial literacy is very critical in life. Many graduates, professionals, celebrities and stars are intelligent, but financial illiterates.

Mike Tyson isn’t making a fortune like he once did, but he is making money by putting on shows, speaking engagements and celebrity appearances. He published an autobiography in 2013, “Undisputed Truth”, a brutal and honest report of his upbringing, breakthrough, ultimate breakdown and future hope.

As at the time I was writing this piece, Mike Tyson was reportedly training for a boxing comeback at the age of 53, about two decades after his inglorious exit! He is doing this for some charity exhibition and to help some homeless and drug-affected individuals. Though, his strength cannot be compared to his reigning days, but he is today more financially intelligent than he was in his reigning days.

Create a yearly financial goal target. How much do you want to be worth in the next one year?. What sets of financial investment decisions, discipline and streams of income do you want to aim at to achieve your goal? Don’t just keep the goal in your head, write it out clearly on a paper. The wealthy take their financial goals seriously, the poor don’t!

QUOTE OF THE WEEK: “We spend money that we do not have, on things we do not need, to impress people we do not like”- Will Smith

Continue Reading
You may also like...
Related Topics:mike tyson