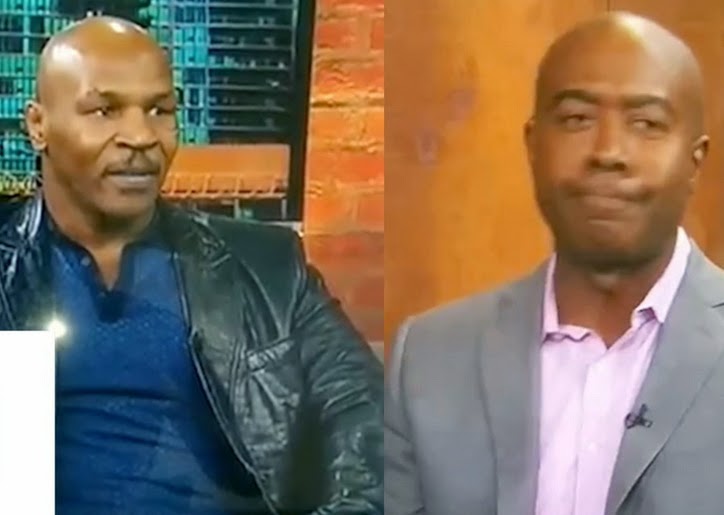 Mike Tyson travelled to Toronto earlier in the week for a show scheduled for yesterday.

He used the opportunity to visit alleged drug addict, Mayor of Toronto, Rob Ford where he encouraged and endorsed him for another term in office.

The Undisputed heavy weight champion showed his other side yesterday during a live interview on Toronto-based City Pulse 24 interview.

A Canadian reporter identified as Nathan Downer asked Mike Tyson if it was a good idea for him to meet the Mayor during an election year considering he was a convicted rapist.

Nathan’s question implied that Tyson’s meeting with the Mayor could damage his chances of being reelected as the Mayor of Toronto.

On hearing the rape conviction case, visibly upset but well composed Mike Tyson fired back at the host and called him a piece of s**t. He told him f**k you repeatedly live on air.

“You’re being negative.You’re really a piece of s–t. F–k you!” – Mike said

Nathan reminded Tyson that he was on live TV but Mike said “I don’t care. What are you going to do about it?”

The people who brought Mike Tyson to Toronto for the show blamed the host for touching the sensitive topic on Live TV in contrary to their agreement.

The host later took to Twitter to apologise for hurting Mike’s feeling by raising the rape conviction.

“No ill will toward Mike Tyson. He lashed out at me and that’s okay. Not taking it personally
I’m okay everybody. Unfortunately my question hurt Mike Tyson’s feelings. That was not my intentions. My apologizes for the language” – Nathan apologised on Twitter