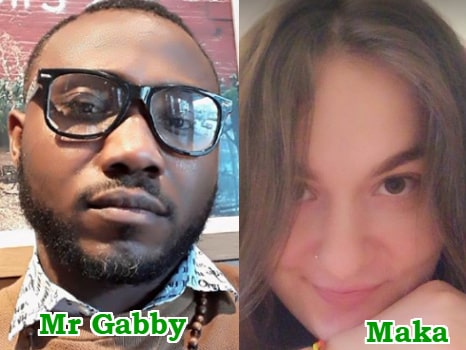 Days after hitting the airwaves, a song titled Amen, released by Italy based Nigerian musician, Gabriel Uaangue, popularly called Mr. Gabby, has been thrown into controversy.
Amen becomes controversial following a complaint made by a female German artiste’s manager, Maka Jackson, claiming ownership of the beat used in the song.

The controversy has also resulted in YouTube pulling down the video following a take-down notice made by Maka to it, alleging copyright infringement.

“Due to a copyright take-down notice that we have received, we had to take down your video title AMEN featuring Mr. NATURE, from YouTube. The take-down was issued by Maka Jackson.

This means that your video can no longer be played on YouTube. Please don’t upload videos containing copyrighted content that you aren’t allowed to,” YouTube warned Mr. Gabby.

While reacting to the controversy, Mr. Gabby, denied any copyright infringement in the beat, saying that he bought the beat from his producer, who accidentally was the same producer used by Maka.

“I bought the beat from my producer who is also the one producing for Maka and there was nothing to suggest that Maka has the copyright to the beat. So how could she have accused me of infringing on her ownership of the beat? She is just trying to intimidate me,” Mr. Gabby said.

Maka, who is an artiste manager had claimed that she bought the beat from the producer for one of her artistes whom she no longer manages, and therefore has the ownership right to the beat.

Mr. Gabby has however vowed to pursue the matter to a logical conclusion as the video was already drawing large viewership before it was pulled down.