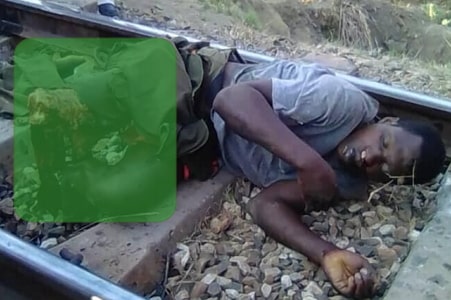 According to Zambian Watch, a business man identified as Mubita Sianzuki has lost his life following a brutal attack carried out on him by thugs allegedly hired by his suppliers.

The victim who was owing some people a huge amount of money following maize supply was running away from his debtors when they sent the thugs after him.

The thugs allegedly used an axe to chop off his legs before throwing him into a train track to make the attack look like he was run over by a train.

The lifeless body of the victim has been removed from the train tracks.

Continue Reading
You may also like...
Related Topics:cut, legs, man, off, Thugs, zambian