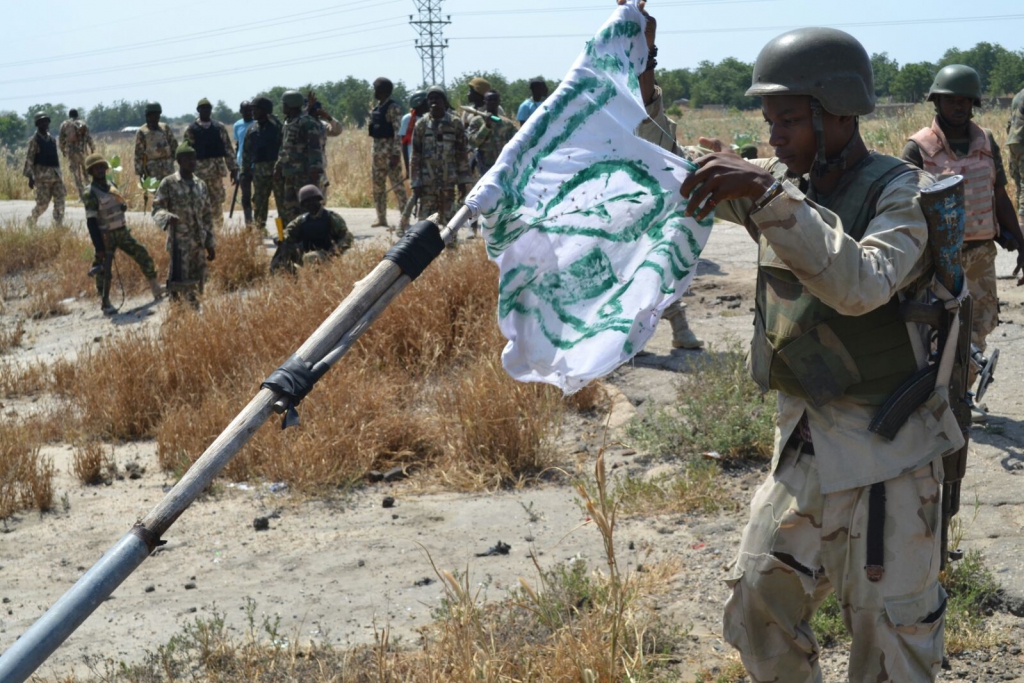 The Nigerian military has suffered a huge loss to the insurgents.

According to Premium Times, at least 105 out of 200 soldiers sent to battle the Jihadists yesterday went missing after the terrorists seized all their artillery weapons and T-72 armoured tank.

In a sad blow to the military, 105 soldiers died as Boko Haram seized 60,000 rounds of AA ammunition and 3 artillery pieces in a fierce battle in Gudunbali Borno State yesterday, November 18, 2015.

The commander of the division defeated by the insurgent is set to hold a press briefing today on the whereabouts of the missing soldiers.

Oh dear! this is a huge blow to the Nigerian army.

May God deliver us from these blood thirsty animals in human form.