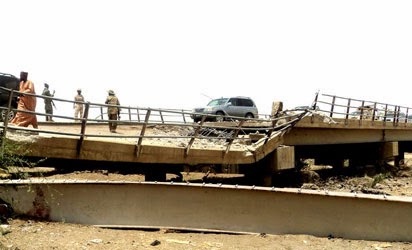 Boko Haram terror sect has returned to Borno state less than one week after Chad withdrew its troops along the Cameroonian borders.

According to residents of Gamboru in Borno state, the terrorists used IED to blow up a crowded bridge around 5pm at the peak of the local market.

Gamboru is one of the towns that leads into neighboring Cameroon, which has suffered several attacks by the Islamic sect.

Witnesses said over 35 injured people were taken to the local hospital following the attack.

According to one of the eyewitnesses, Modu Ali, said:

“It is an unfortunate day for us to witness this frustrating and devastating incident in our community. I just heard a loud sound of explosions, before I realized I saw many of our friends and colleagues were killed”.