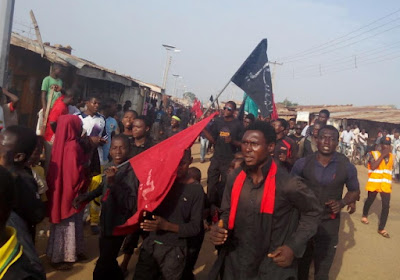 13 have been reportedly killed across Katsina, Kaduna and Sokoto states, when Shiites members and youths clashed during their procession.

The breakdown of the killings revealed that in Katsina State five were killed, in Kaduna four and in Sokoto State 2 died, while several vehicles were burnt during the incident.

The mob also demolished the Shiite’s Islamic school in the area.
The incident occurred a day after a clampdown by Nigerian security forces prevented the Shiites from embarking on their planned annual procession.

“It’s the police that ordered the youths to attack us and to destroy our buildings,” one Shiite leader. “We shall address a press conference to give account of our encounter later,” he said.

It was learnt that an attempt by the Shiites to address a press conference at the Nigeria Union of Journalists secretariat, was botched as all of the journalists went underground.

Mallam Bala, a shop owner at Zango road, said the angry youth prevented the Shiite members from entering their communities after being dispersed by police tear gas.

“They were not in their traditional black dress, while being dispersed with police tear gas, but were being identified by vigilant youths who engaged them in a fight. Those who resisted were killed; the house of their leader Mukhtar was burnt down and their Markas (school) is currently being demolished by youths,” he said. 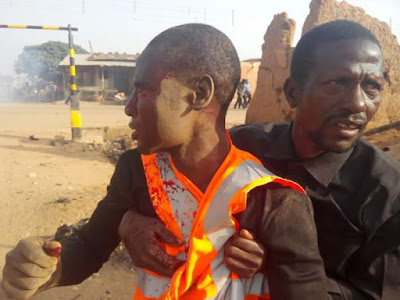 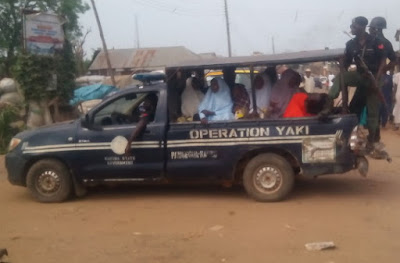 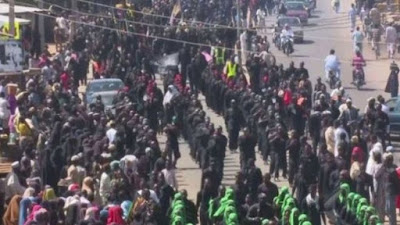 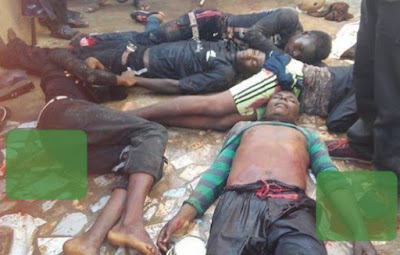 “The situation is under control,” a police source has confirmed to our reporter.

Bashir Sani, another resident of the area, said the youth broke into the Shiite leader’s house, carted away valuables before setting the house ablaze.

“The Shiite members died of injuries sustained while being lynched with sticks and machetes,” he said.