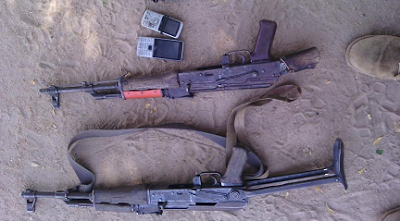 Officers of Operation Lafiya Dole on clearance patrol around Ladin Buta and Juwano villages in Jere Local Government Area of Borno state came in contact with some remnants of Boko Haram terrorists hibernating in the area around 11.00am on Tuesday morning. The troops engaged the group which was believed to be terrorizing the residents through wanton killings, kidnappings and armed robberies.

During the exchange of fire, 2 Boko Haram terrorists were gunned down by the troops, while some escaped with gun shot wounds. The patrol team also recovered 2 AK-47 rifles with magazine, 2 fabricated 7.62mm (Special) ammunition, 2 Mobile Telephone Handsets and a Torchlight from the terrorists. 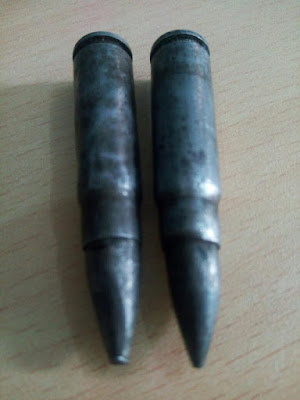 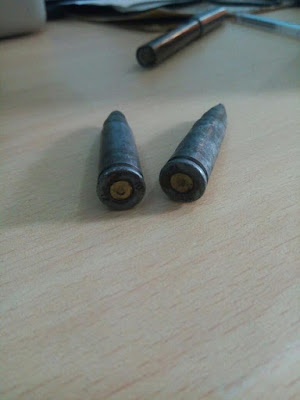 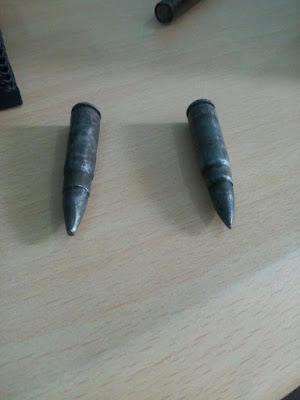 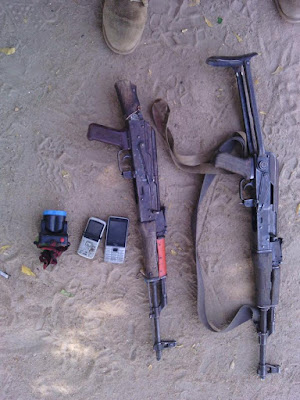