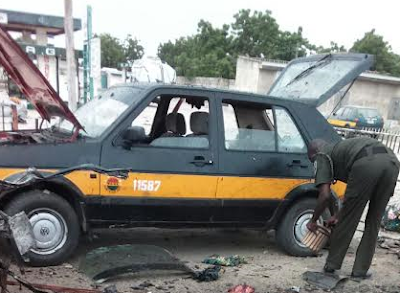 At least 5 died today when a female suicide bomber detonated her explosive near Muna Motor park in Maiduguri .

The planned attack was carried out around 8:30 am today Wednesday the 12th of October by a female suicide bomber who boarded a Golf taxi with registration # JERE 349 XA.

According to eyewitnesses, the taxi cab was carrying the female suicide bomber, 3 other females and the male driver at the time of the attack.

All the passengers reportedly died in the explosion.

We learnt that the female terrorist was picked up by the driver on the road and shortly before reaching Muna car park, the suicide bomber dressed in Hijab detonated her explosive, killing everyone on board.

According to Maiduguri Police spokesman, the explosion didn’t affect any other vehicle.

See more photos from the scene of suicide bombing below 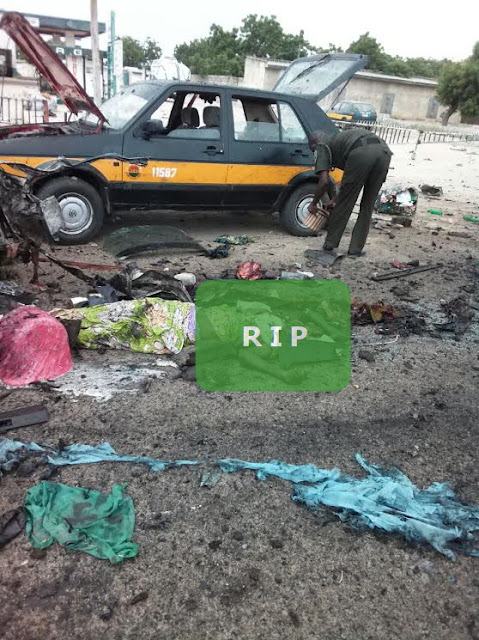 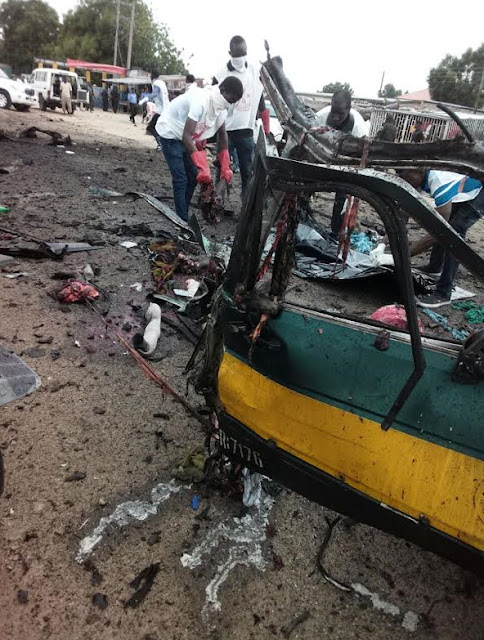