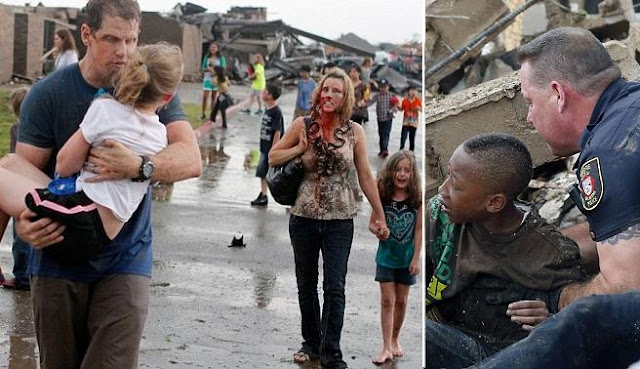 The latest Tornado storm that hit the state of Oklahoma on Sunday has killed over 91 people.

As we speak, over 120 people are being treated at various hospitals in the state.

The tornado that travelled at 200mph destroyed several schools and buildings.

This is the worst natural disaster in Oklahoma since 1999 storm that killed 36 people.

See the video of Tornado in Oklahoma 2013 below

Tornado Storm In Oklahoma  – May 2013 Videos