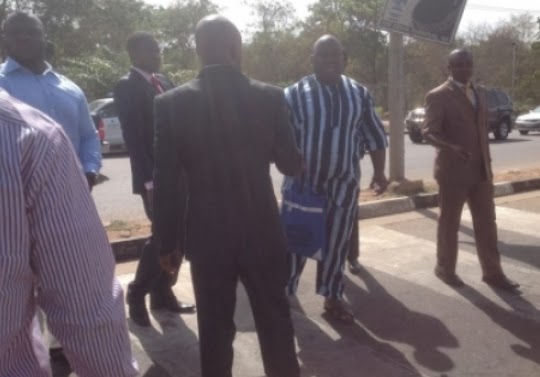 “It is true. He is being interrogated as we speak,” Rex said.

The controversial figure popularly called President Jonathan’s thug drew a lot of flak last year when he threatened bloodshed if GEJ is not reelected in the upcoming election.

This past Tuesday, he made a similar statement, saying his Niger Delta people will destroy Nigeria if Jonathan is defeated in the upcoming election.

“If it is war, the North wants, we are ready for them because Jonathan must complete the mandatory constitutionally allowable two terms of eight years. At home, we have regrouped and we have put our people at alert”.

“In less than one hour, the way we would strike, the world will be shocked. If anybody does anything against Jonathan, we will retaliate. What we will do will shock the whole world. We will cripple the economy of the country not only in the creeks, but also on the nation’s territorial waters. No vessel will be allowed to enter Nigeria’s territorial waters.

“Let them not try anything. If they abuse Jonathan, there is no problem, he is their President but anything that will affect the interest of the Ijaw people and the interest of the entire people of the Niger Delta will be resisted at any cost. Jonathan cannot be defeated; they cannot defeat him; they don’t have the right”. said Asari