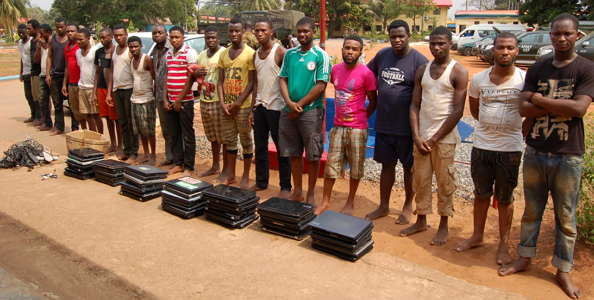 EFCC zonal office in Benin city Edo state has secured conviction of 22 young men who were involved in fraudulent Yahoo Yahoo business in Edo state in the last one year.

The agency said millions of naira were recovered from fraudsters who want to reap where they did not sow.

Head of the Benin Zone, Mr. Mailafia Yakubu, who spoke to a newsmen after a road walk to mark this year’s World Anti-Corruption Day said other fraudsters would soon be convicted.

Yakubu said the Commission was working out modalities to curb vote buying in next year’s general elections.He explained that the road show was to emphasize on the need for Nigerians to continue to draw attention to the ills of corruption and why we should collaborate in combating this menace.