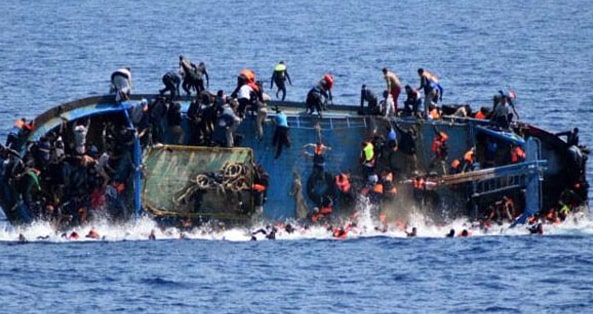 At least 25 people are believed to have died or are missing, including a pregnant woman, when a group of migrant boats got stranded at sea and was rescued off the Spanish coast on Thursday.

Briefing reporters in Geneva on Friday, spokesperson for the UN High Commission Refugees (UNHCR), Elizabeth Throssell, said that colleagues in the field had reported that bodies had been found on two of the boats.

“You can imagine how traumatizing that was for the people who were rescued,” Ms Throssell said.

According to reports, the migrants had sailed from North Africa.

On one of the six vessels found adrift in the Straits of Gibraltar, in the western Mediterranean Sea, 33 people had been rescued, but 12 had died and a further 12 were missing, UNHCR said.

On another of the boats, the UN refugee agency said 57 people had been on board, including one that had already died by the time of the rescue.

“There was a massive sea-swell that threw them into the water,” Ms Throssell said, adding that among the survivors was a mother and her two-year-old child who was evacuated by helicopter, after she was found to be suffering from hypothermia.

She added that many of the survivors were being held at detention centres at the Port of Almeria in Spain.

“Our implementing partner is there to provide the people with information and support and to help any potential protection and other needs and of course to promote access to the asylum process for those who may need it,” she said.

Delivering the latest overall statistics on the deadly Mediterranean migration route, UN migration agency (IOM) spokesperson, Joel Millman, said that as of December 19, 113,000 migrants had entered Europe by sea so far in 2018.

According to him, the figure is the lowest recorded in five years.

Recently, however, he said the death rate for migrants attempting to reach Spain, had tragically begun to tick upwards, with 769 fatalities registered on the western Mediterranean migration route.

“That’s only slightly more than half of all on the Central Mediterranean route from North Africa to Italy, but what’s remarkable is how rapidly that number has increased over the last three months,” he said.

Mr Millman said it was likely that there would be “more incidents like this” in the next 10 days.