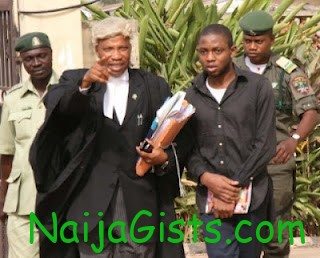 Olaniyi Jones Makinde is 26-year old member of a notorious 7-man criminal gang that stole $3.2 million from payroll companies and banks between 2009 and 2010 using fake websites to trick people into giving up their online usernames and passwords.naijagists.com

The other six includes;

In the year 2010, the criminal activities of the gang was discovered by FBI.

After the discovery, Olaniyi Jones Makinde quickly escaped from the United States to his motherland in the hope of getting away with the crime.

Upon his return to Nigeria, his luck ran out as the US police informed the EFCC about his activities in the US and his wanted status there. The EFCC tracked him down in Nigeria and arrested him. 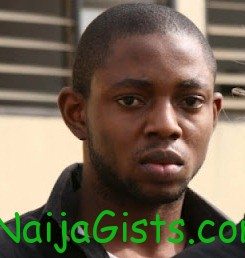 Since January 2012, Olaniyi has resided permanently in Ikoyi prison where he will be until May 30th, 2012 when a Federal High Court will hear the extradition request filed by the office of the Attorney General of the Federation against him.

According to the FBI report, aside from stealing from companies and banks, Olaniyi also stole from individuals by assuming the false identity of a sexy white chick named Brenda Stuart, and tricking men into sending money and their account details to him.

Seriously this guy should be sent to Kirikiri maximum prison.