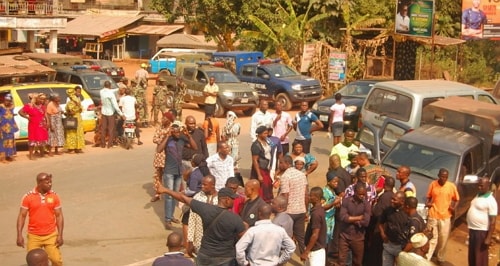 According to local residents, the masqueraders allegedly invaded the worship ground in droves, beat up members and attempted to whisk away the Spiritual Director of the centre, Rev Fr. Emmanuel Obimma.

1 person was killed as the attackers  injured 30 others before police were called in.

According to Anambra state Police spokesperson, Nwode Nkeiruka, 3 masqueraders have been arrested in connection with the attack.

Buhari: An Analog President Cannot Lead A Digital Generation. It Is A Psychological Mismatch & Aberration Of The Highest Order
Nollywood Actor Sam Uche Anyamele Getting Married