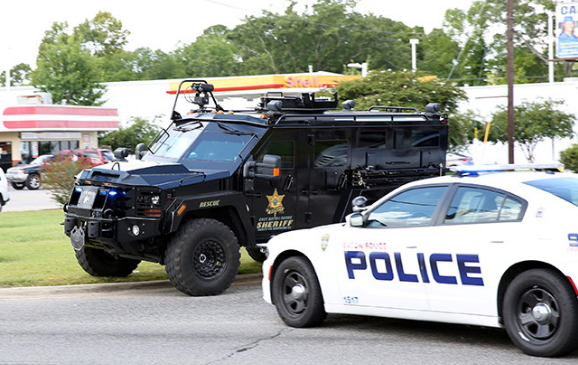 Another case of fatality involving policemen on the line of duty has been reported in Baton Rouge, the capital of Louisiana.

It happened at a parking lodge few hours ago while police officials were responding to a distress call.

The gunman who is now dead reportedly opened fire on the first responders, killing 3 and fatally wounding 3.

The remains of the dead officers have been taken to Our Lady of the Lake Hospital, two others are being treated while another is listed in a fair health condition.

The identities of the deceased officers remains unknown.

A robot was used to check the area of explosives devices.