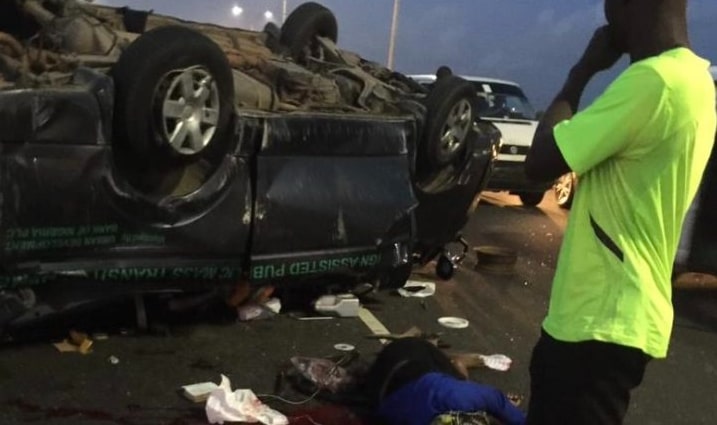 4 female passengers of a commercial bus died in a fatal accident early Sunday morning on the 3rd mainland bridge in Lagos.

About 5 other occupants of the ill fated commercial bus also sustained varying degrees of injury.

Here is what the Lagos Sector of the FRSC said about the ghastly accident today;

“The crash occurred on Sunday 1st May, 2022 at about 0550hrs when a Toyota Hiace with registration number FST 241 YC grey coming from Adekunle inter-change inward Iyana-oworo had a tyre burst on top speed and capsized with 20 occupants (9 Male, 11 female).”

“The additional one female died at the Hospital when the FRSC team went for follow-up at General Hospital, Marina.”