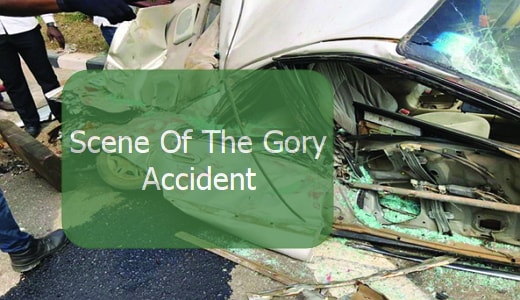 The endless rehabilitation of the Zaria Kano road has claimed the lives of 4 police cadets  and two civilians.

A J5 bus carrying the officers from Kano to Kaduna collided head on with a golf car  around Kwanar Likoro axis of the Kano Kaduna Expressway.

Sadly, the two vehicles caught fire due to the presence of a generator inside one of them.

The cadets (3 males and 1 female) were on their way to Zaria in Kaduna state for a break when the tragedy happened.

They were today buried at Dambo cemetery in Zaria.

It was a tense atmosphere this afternoon as parents and family members of the young cadets were seen in tears.