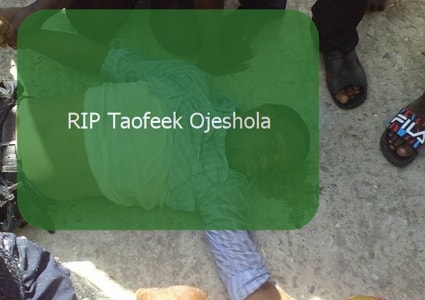 A member of the NYSC who just completed his service at an orientation camp in Bayelsa state was getting ready to return home when he drowned on Saturday the 5th of May 2018.

The deceased identified as Ojeshola Taofeek, an indigene of Osogbo in Osun state who was to depart Bayelsa state on Monday accompanied his colleagues to a water front (Jetty).

As he was celebrating, he set himself at the edge of the Jetty to take selfie for Facebook. He sadly fell into the river as his steps were slippery.

Efforts by indigenes of Opu Nembe to rescue him failed as his lifeless body was later spotted 30 minutes later at the Ogbolomabiri Jetty. 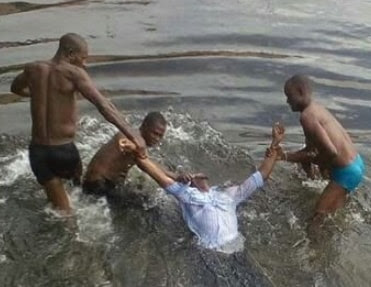 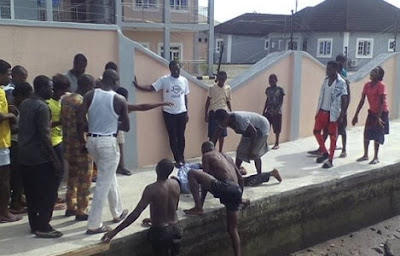 Popularly called Oko Iya Mary, the graduate of the University of Osun, Okuku campus is the first born of a family of 6.