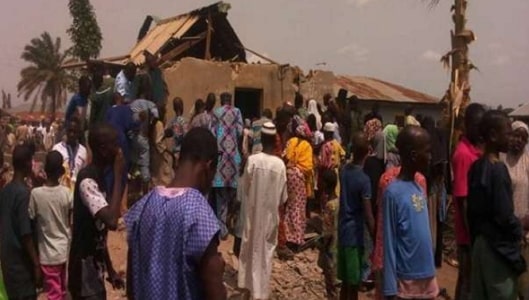 The Police Commissioner for Kwara state, Bolaji Fafowora yesterday said 5 suspected ritual killers have been arrested in the state capital of Ilorin.

According to him, 11 human skulls and several body parts were recovered during a raid on a ritualist den in the city.

The raid was carried out at an uncompleted building located at 20 Ile Ope area of Aromaradu, Adewole, Ilorin following tips off from resident over high rate of ritual killings in the area.

He added that human hair and several human bones were recovered from the den.

All the suspects arrested were found inside the den during the raid.