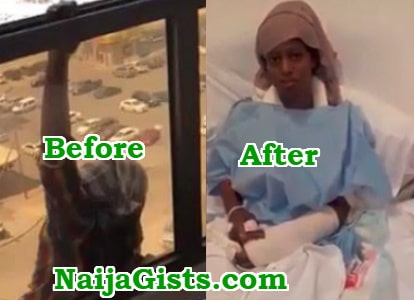 An Arab who filmed her maid who was crying for help before eventually falling off the seventh-floor of her Kuwait apartment has been jailed.

She was sentenced to one year, eight months imprison, according to Daily Mail UK.

The video of the incident which was condemned by many went viral in 2017.

In the video, the Ethiopian maid is heard screaming “hold me, hold me” as she struggles to hang on, but sadly falls off as the unknown woman continues to film. 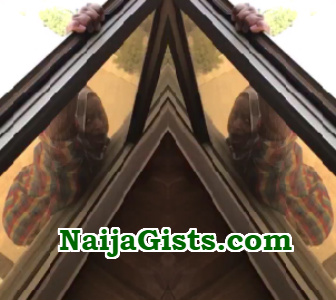 Surprisingly, the maid walked away from the accident with a broken arm and minor bruises.

The woman was charged in 2017 for filming an individual without consent. In her defense, she claims she filmed the Ethiopian maid as proof that she didn’t hurt her.