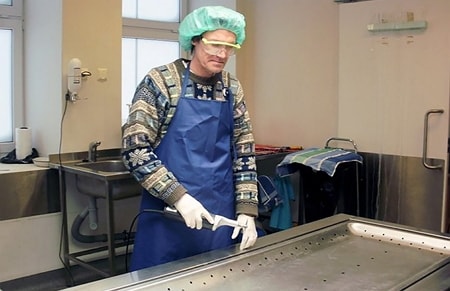 The 27 pairs of human hands spotted at a popular fishing place in Russia earlier this week were wrongly thrown out from a forensic lab where they were stored.

In Russia, hands of unknown corpses are usually chopped off to retain fingerprints if needed after burial.

The discovery of the hands appears to allude to a secret procedure usually out at Forensic labs in Russia.

To get full detail of the story, read the previous update below.

Investigations is ongoing to unravel the mystery behind 54 human hands found in a popular fishing place in Khabarovsk city, south east Russia.

The locals who didn’t notice anything suspicious are of the opinion that the chopped hands may be a punishment for theft, which is common in some part of Russia.

However, medical experts are suspecting that the hands might have been cut off from dead bodies in a medical institution as medical bandages and hospital style plastic shoe covers were found next to the remains.

Finger prints found on one of the axed hands is being checked by medical expert to ascertain what could have gone wrong.

Since the gruesome discovery, medical experts are yet to give details of who the fingers belong to. 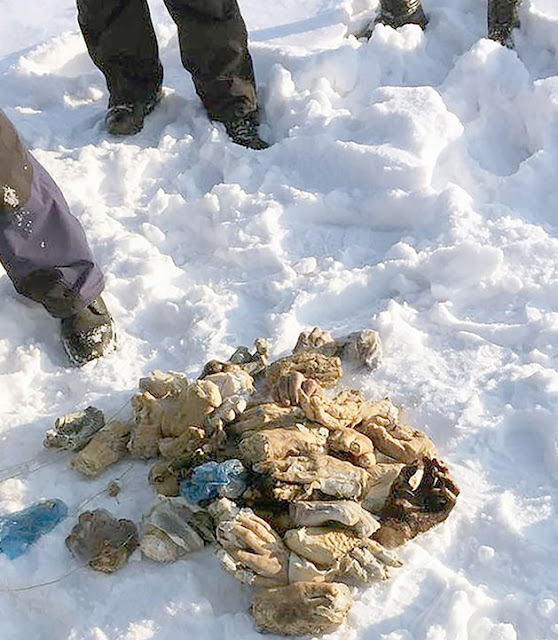 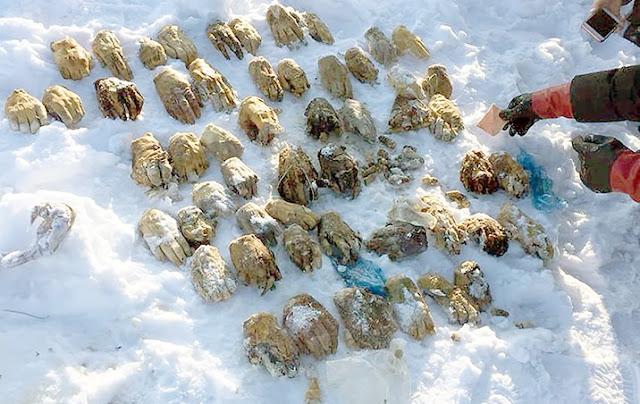