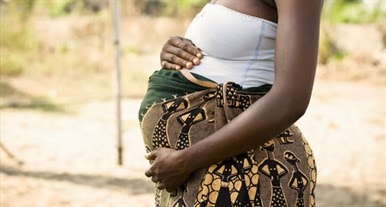 A man has been arrested in Onitsha following the death of an heavily pregnant woman.

According to sources, the woman lodged into a hotel in Inland area of Onitsha on Wednesday night but on Thursday morning, she was found dead by the hotel staff.

The woman and her lover are well known in the area.

An eyewitness who saw her corpse being removed from the hotel room said:

“I woke up and discovered that policemen from Inland town, led by the Divisional Police Officer, Mr. Cosmas Eze, were everywhere around our street. What came to my mind was maybe, they received a distress call that a criminal was in the hotel. But on closer enquiry, I saw the policemen bringing out a dead body wrapped with bedspread. That was when I became more interested in the story and I discovered that the corpse that was taken away by the police was actually that of a pregnant woman who had lodged in the hotel with her lover.

The suspect had been arrested and the case transferred to SCID, Awka division for more investigations.