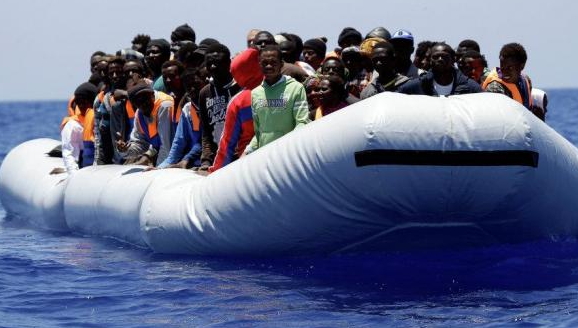 Not less than 8 African migrants have drowned and 84 have been rescued after a rubber boat sank off the coast of Libya, the Italian coastguard said.

It is believed to be the first sinking of a migrant boat in the Mediterranean in 2018.

The sea crossing to Europe is the deadliest route in the world for migrants, the UN says.