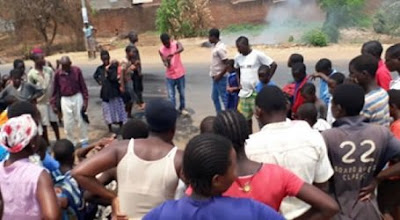 Yesterday Police confirmed that eight people accused of being vampires were killed by angry mob in Malawi.

Police Spokesperson Ramsey Mushani told dpa on Friday that the killings, which took place in Malawi’s south, are based on the belief that vampires dressed in black enter the homes of sleeping residents to suck their blood.

Mushani said the latest killing occurred on Thursday in the southern city of Blantyre when a group of angry residents accused an epileptic man of being a vampire and then killed him.

The spokesperson said thirty-one people have been arrested on charges of murder, assault and arson due to the mob killings.

Myths and superstitions are deeply entrenched in the nation of 17 million people where almost 40 per cent of adults are illiterate, according to the UN.

NAN reports that no fewer than 100 riot officers were drafted into the region in response to the killings, but terrified armed mobs continued hunting for ‘vampires’ on the streets and set-up road blocks.