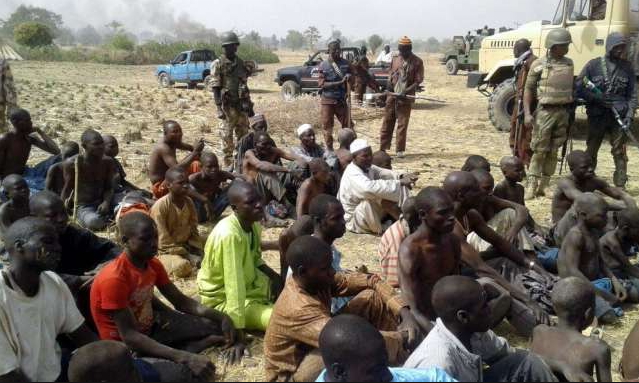 At least 8000 members of the dreaded Islamic terror sect have surrendered to the Nigerian military.

According to a statement released by the Nigerian military in Abuja today, the repentant terrorists willingly surrendered to its Operation Safe Corridor in Borno state.

Brigadier General Rabe Abubakar who disclosed the message to journalists in Abuja few hours ago said the insurgents are currently camped in Gombe waiting to the de-radicalized by the Nigerian military.

Abubakar also said over 10,000 captives rescued by the military have been reunited with their loved ones while others were taken to IDP camps in Borno state.

He further assured Nigerians that the military is working to put an end to the incessant killings by Fulani herdsmen across the country.