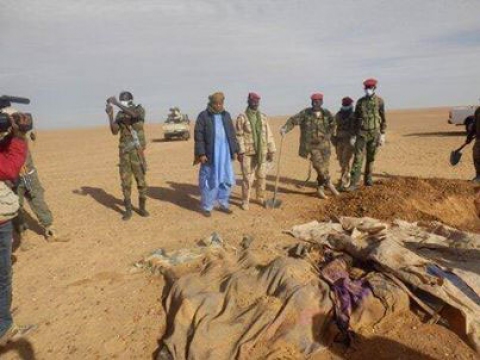 The decomposing bodies of 92 Niger republic citizens have been discovered in the Sahara Desert.

According to Agadez government officials, the corpses of the deceased were discovered earlier this week after their vehicles apparently broke down while they were travelling through the Sahara Desert to Algeria.

A foreign newsman who covered the story told reporters that some of the corpses have been eaten up by wild animals and birds in the Sahara desert while some of them are still missing.

Lucky survivors said their vehicle broke down and after they’ve wandered in the desert for hours to get water to quench their thirst, most of them gave up the ghost.

The survivors are being treated at a local hospital for severe dehydration and malnutrition.

Niger Republic’s government has declared 3 days of national mourning over the tragedy.