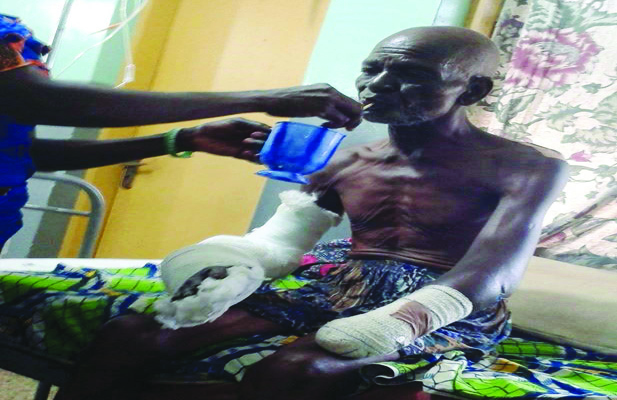 Over the weekend, some wicked robbers chopped off Pa Jacob Ikilo’s hands at a filling station on Benin-Auchi Road.

The incident happened at Eyaen village on Monday the 29th of February 2016 around 3am when Pa Jacob, a security guard was on duty.

Pa Jacob said the robbers used machete to chop off his wrist when he went to check an unusual noise at the plant house.

He is currently on admission at Male Orthopaedic Ward of UBTH where doctors are battling to save his right wrist.