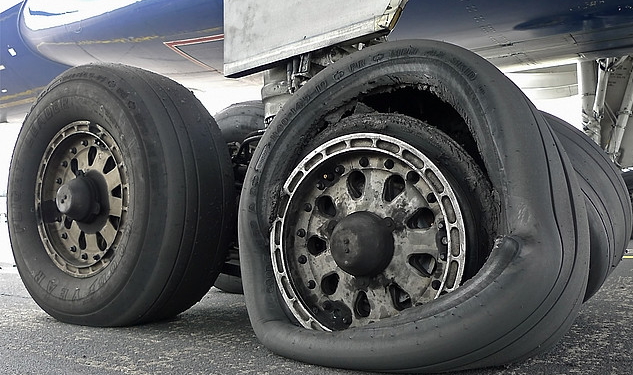 According to a source, the tyre of the Boeing 737 500 Aircraft bursts mid air with 141 passengers on board.

When the pilot suddenly initiated a return, the passengers were scared.

The trained pilot reportedly took all precautionary steps by returning to base.

”Aero flight NG127 from Lagos to Abuja yesterday made an air return as a result of a burst tyre, which occurred just as the airplane was taking off.

“The pilot did the right thing by not trying to abort take-off.

“He controlled the aircraft into the air and following all trained procedures, he brought the plane back to safe landing.