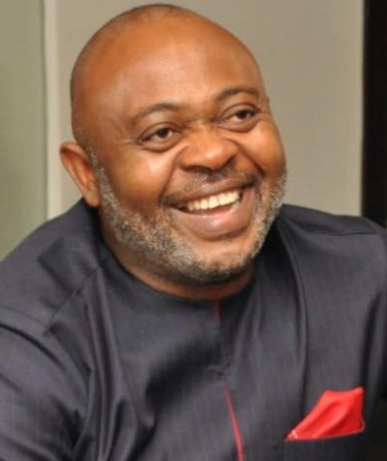 For those who do not know him, Emeka Oparah, a man described as many as ‘Man Of The People’ is the VP of Corporate Communications and Customer Service Relations of Airtel.

The 50-year-old who is currently eyeing retirement has ventured into fashion design business.

Mr Oparah recently launched his clothing line, christened ‘Ethelbert’ and he seems to be having a big kick out of it.

All his Facebook pages are adorned with pictures of him, in the workshop, churning out some African-theme designs that are simply top-draw.

Oparah who now describes himself as the Head Tailor of Ethelbert recently launched his own clothing line in London before heading to Houston, Texas.

He reportedly started the clothing line in preparation for life after retirement.