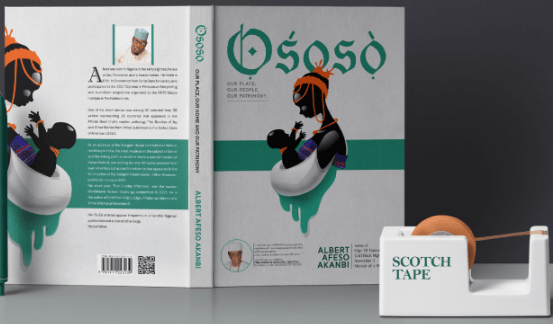 A casual look at a 100 naira note and one will notice the image of the Zuma rock emblazoned on it. Is size the major criteria for this?

Though the story of Zuma rock is no doubt, very compelling, how many people know that a similar rock exist, just a mere two States and a few thousand kilometers from Niger State where the Zuma rock is located, with size that not only dwarfs that of Zuma but will also make the awe with which most Nigerians behold it a child’s play?

Oruku is that massive monolith located in a scenic town of streams and rocks caught within the undulating Somorika hills in northern Edo State that not only tower above Zuma rock in term of height above its surrounding area, but also wider in circumference. From a distance, its peak would appear like that of a massive cone, but upon attaining the top of it, one will discover a plain rocky terrain that’s the size of two football pitch.

Sadly, like many things about the town of Ososo, not many Nigerians, including most Ososo indigenes themselves, know these facts and more.

For example, in the Holy Bible, Jesus Christ was reported to have spoken of “the eye of a needle”. There are experts who have come forward today to say he was referring to an actual “gate in Jerusalem”. How many people know that in Ososo, there exist “the eye of a needle” gate the type Jesus spoke about which is formed entirely of rocks? There are a few Obelisk in the world today, most of them man made, and the two most prominent are in Washington DC and the Vatican. How many people know that in Ososo, there is a massive natural rock Obelisk, sliced into two equal halves, and surprisingly the other half is nowhere to be found around the vicinity? How many appreciate the fact that on the peak of another huge rock, one would find a “natural swimming pool” in which countless kids swim, play and have fun? I can go on and on…

The book “Ososo: Our Place, Our People and Our Patrimony” is a mesmerizing account that not only describe the legend of “an oasis in the desert” as many have described Ososo, but also a glowing confirmation of why visitors, including the colonial masters who didn’t want to leave, are often held spell bound upon setting foot on the land and why Nigerian Breweries hosted its 2011 Guilder Ultimate Search reality show in Ososo. The book is also an invitation to everyone to come see the place.

Thanks to the development of modern means of transportation, today traveling is now enjoyable and fun. No longer do people need to travel, like early men did, because of the sole need for food. We travel these days for sightseeing, education, leisure, adventure and so on. With confidence that a journey to Ososo would be as seamless as it can be, we invite everyone, not just to buy and read this book, but also to come and see nature at its best. To come and hear a unique story. Come and share from the wonderful experience of these highly hospitable people.

Get a copy, make time to visit and you will be embarking on a memorable adventure in which you may catch some type of deep spiritual epiphany.

NB: You can place your orders by reaching out to Roving Height LTD or walking into any of their outlets nationwide. The book is also online everywhere books are sold online.

Elic Season II: Edutainment Is Where Entertainment Meets Education (True Story Series)
Please Bear With Us, You Are In A Different Country Now